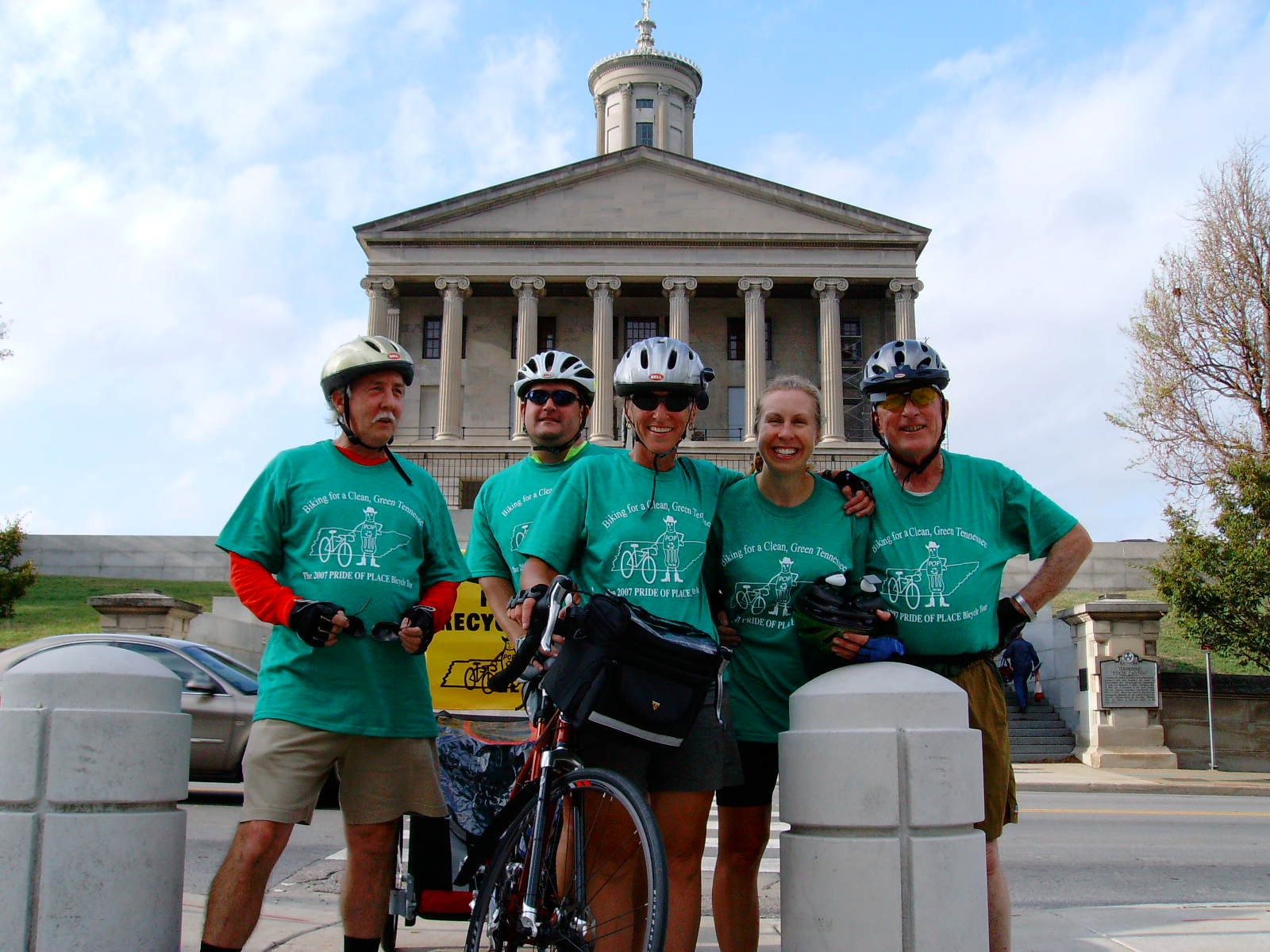 The inaugural Pat Franklin Courageous Spirit Award was a split decision, with one of the awards going to Marge Davis, president of Scenic Tennessee and CRI’s treasurer since 2008.

Marge, a conservation writer who grew up in Maine, had been working for the Maine Audubon Society in 1978 when opponents launched a multi-million-dollar effort to repeal Maine’s recently enacted container-deposit law. Maine Audubon led the campaign to save the bill, and in 1979, in one of the largest turnouts in the state’s referendum history, Maine's voters upheld their “bottle bill” by a staggering 84 percent.

Marge moved to Nashville that same year, and soon got involved in Tennessee's early efforts to pass container deposit legislation. Though those fledgling efforts failed, she continued her environmental advocacy while completing a Ph.D. at Vanderbilt University, writing for an assortment of conservation publications and publishing a comprehensive history of conservation in Tennessee called Sportsmen United. In 2004, appalled by the excessive amounts of litter she saw up close during daily walks with her new dog, she persuaded her fellow board members at Scenic Tennessee to renew the quest for a Tennessee deposit-return law. The Tennessee Bottle Bill Project concluded in 2021 in order to rally behind a much larger campaign, led by the Tennessee Wildlife Federation, called the Tennessee CLEAN Act.